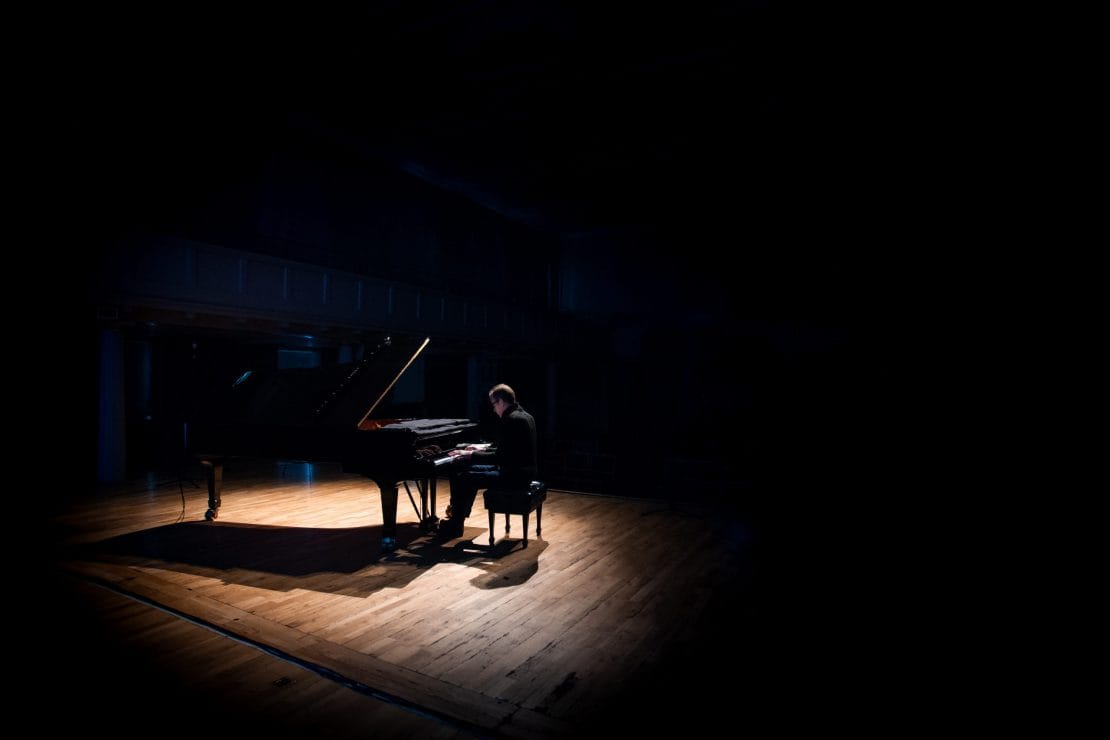 in 2019, pete released an album of solo piano compositions, recorded in a single evening in the majestic setting of bristol’s st george’s. music from this album features in adam laity’s “a short film about ice” (winner of ‘best climate emergency film’ at the ahrc research in film awards 2020), and the trailer for the feature film “long way back” (directed by brett harvey, released 2022)

the follow-up, “piano 2”, was released in spring 2020, and chosen by richard williams in the guardian as one of the best albums of the year. a track from the album was used as the theme music for the bbc radio 4 extra series “new creatives dramas”

this music also features in his new “piano + film” live collaboration with audio-visual artist kathy hinde, premiered at st george’s in november 2020 (online) and february 2022 (live), and described by Bristol 24/7 as “completely riveting…each image was paced to match the delicate unfolding of the musical ideas, creating an hypnotically meditative experience”

“I haven’t felt so close to a solo piano record since Keith Jarrett’s ‘The Melody at Night, With You’… ‘piano 2’ has a similar honesty. It’s just there, like a friend. And at the moment it feels like the perfect music for the times we’re living through” (richard williams, the blue moment)

“if you haven’t heard his solo piano recordings, I urge you strongly to rectify that immediately” (bristol 24/7)